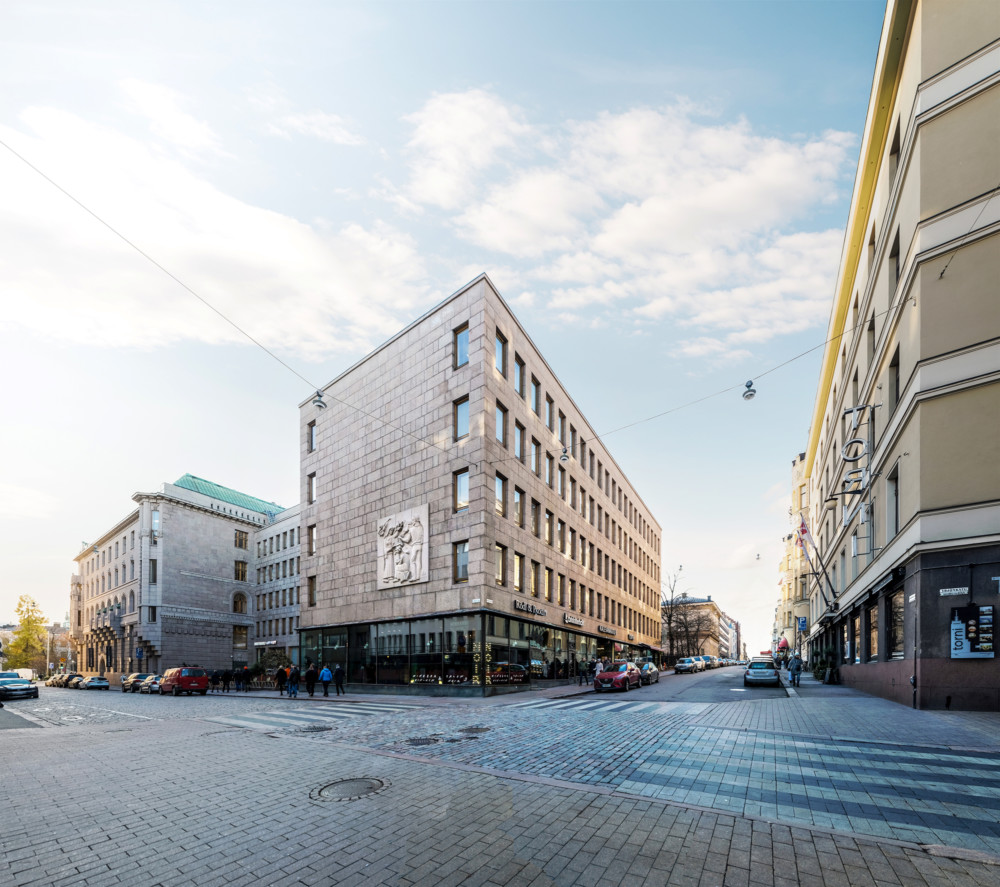 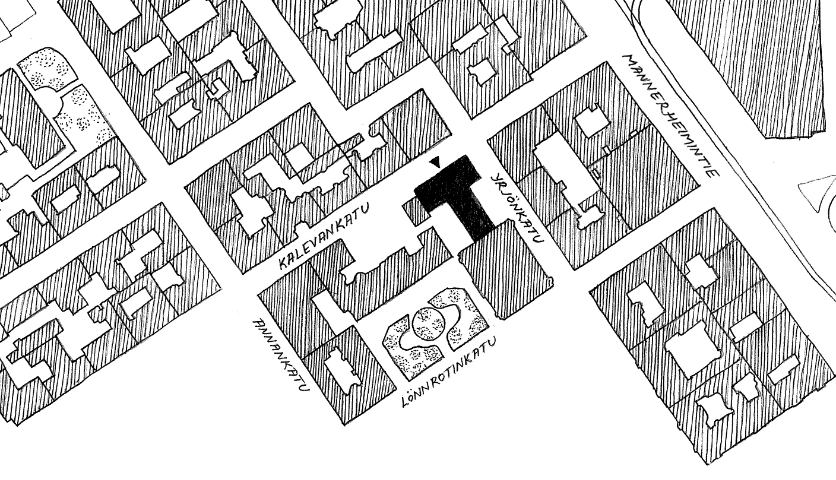 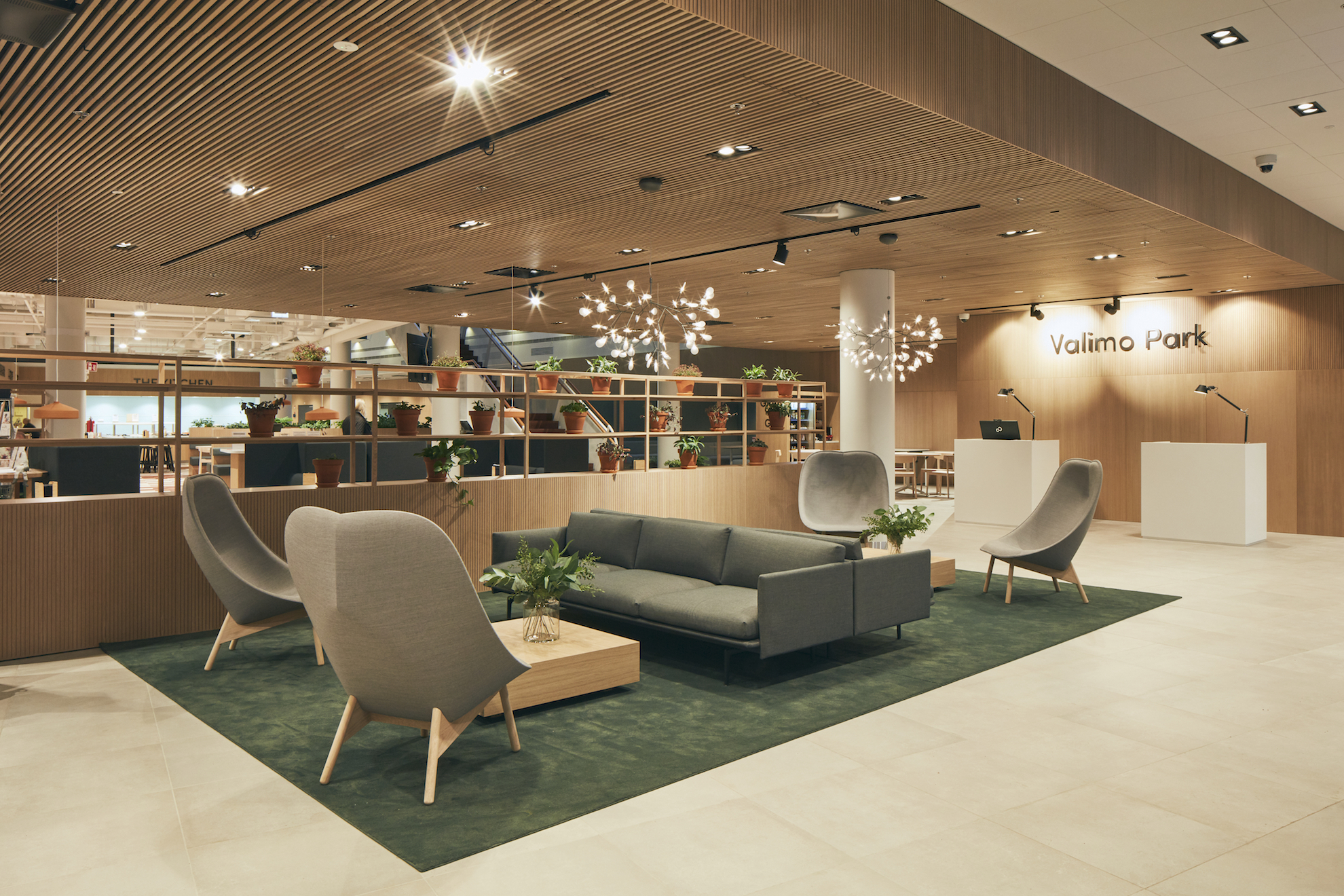 From one to many and from rooms to open spaces

Built in 1996, Valimo Park used to be the office building of a single company and was now being converted into a multi-user office building. Fujitsu will continue as the main tenant. During the renovation the entire office building was brought up to date. At the same time, washroom spaces and tenants’ kitchen have been added and the downstairs restaurant has been enlarged.

The old, separate office rooms have been demolished and converted into a multi-space office in keeping with the times. All surface materials have been refurbished. Representation rooms were renovated on the top (7th) floor and more meeting facilities were added. A new open staircase was built on two different floors to make the space more naturally suited to the purposes of a larger company. The triangular space on the 1st floor between the office wings has been widened by adding skylights.

The windows of the office floors were renewed and the horizontal division of the windows was removed. The main façade, previously clad in aluminum sheets, was redesigned with digitally printed aluminum sheets. The original façade of Fujitsu’s office building had a strong identity and stood out in the office architecture of its era. We wanted the new façade to retain its established identity and continue to stand out from the crowd with a strong theme. There were several visual elements to choose from and the descending eagle was chosen. The eagle does not appear as such on the façade, but it is suggested. As the building transforms from Fujitsu’s “headquarters” into an office building for many companies, the landing eagle motif suggests that this building is safe and prosperity will be assured. 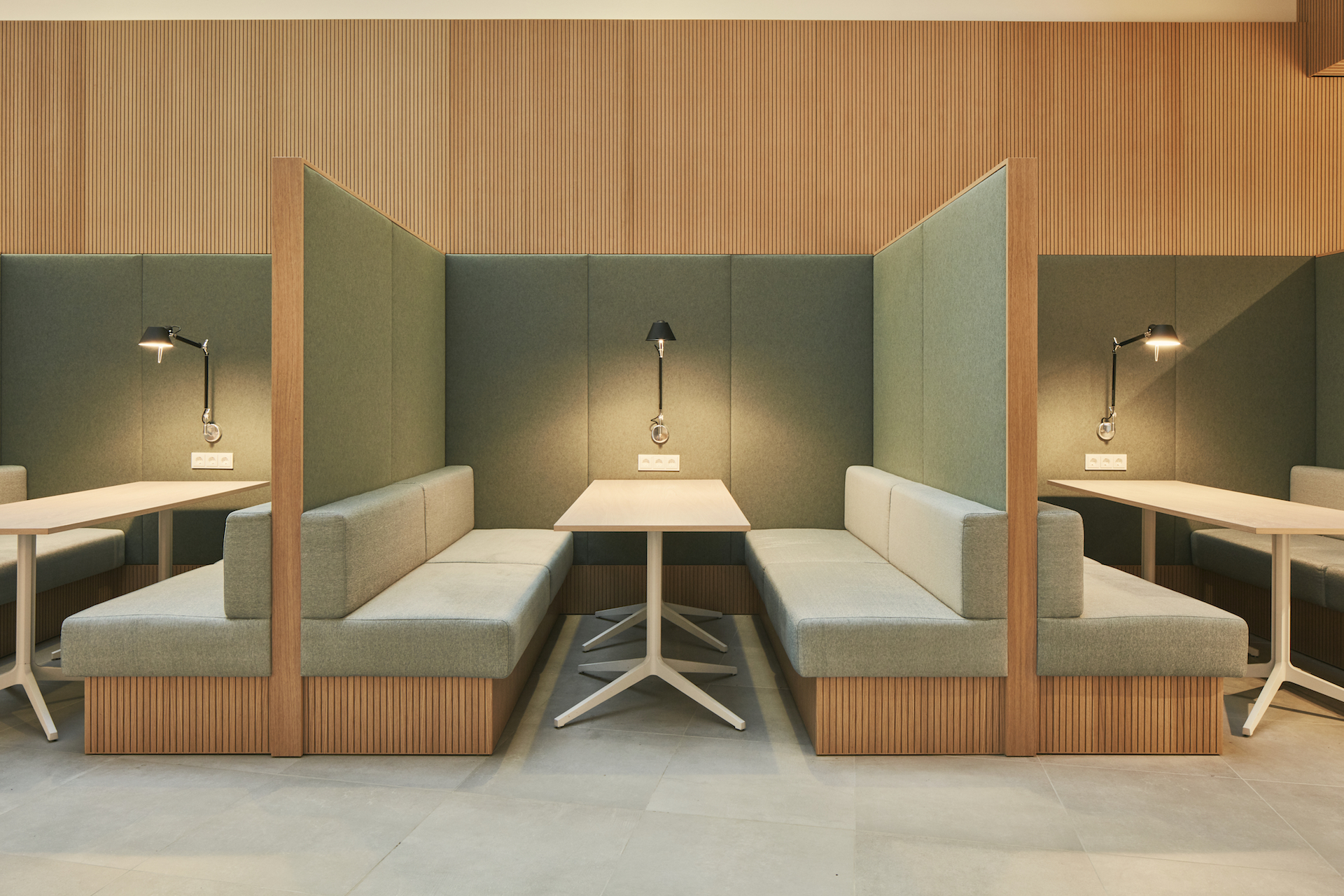 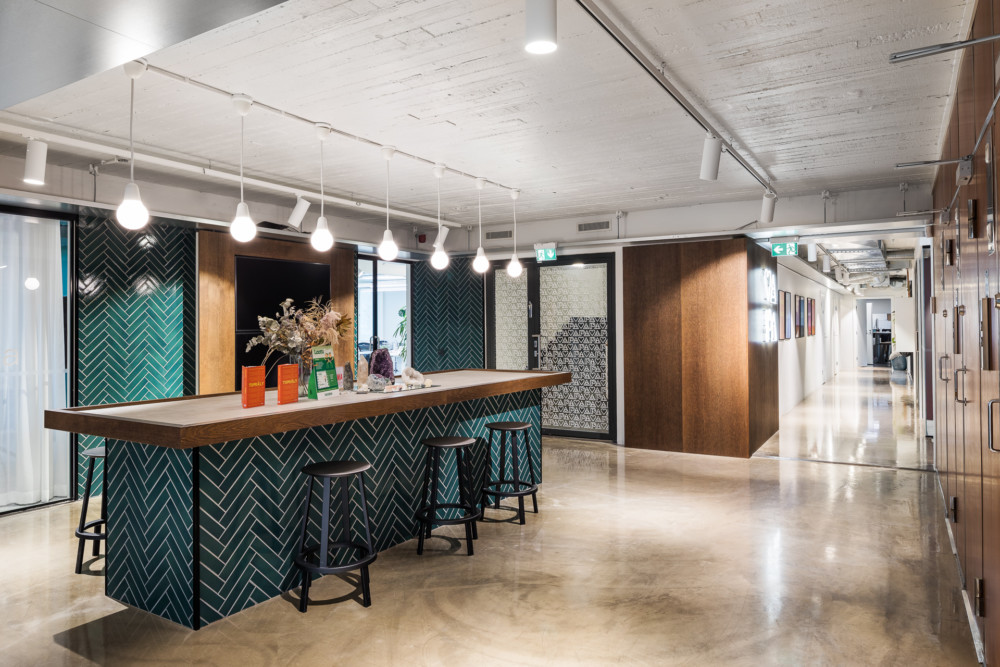 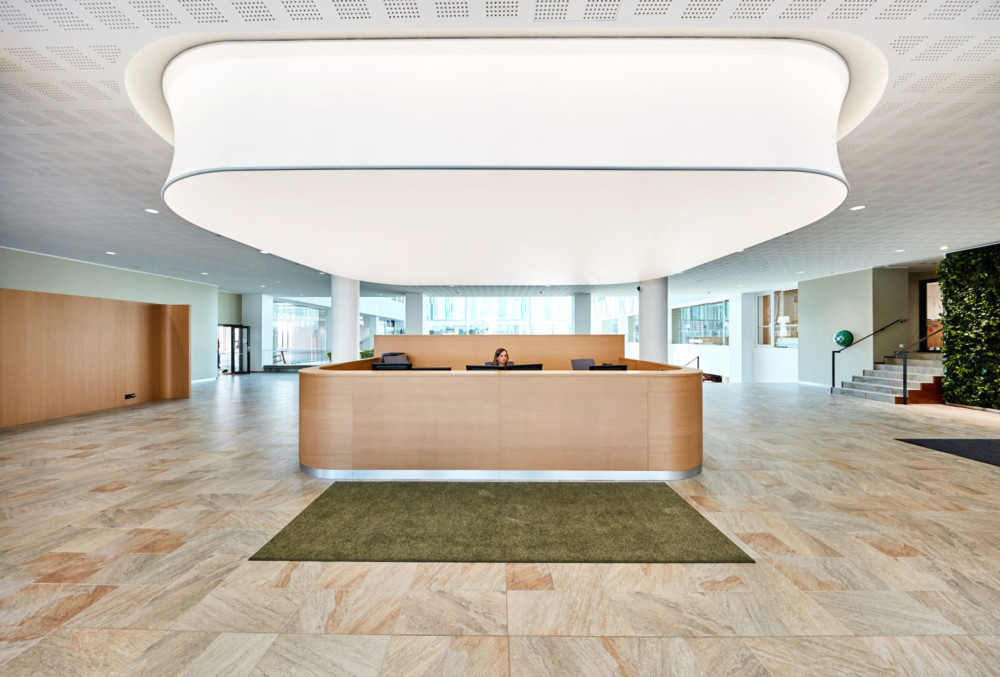