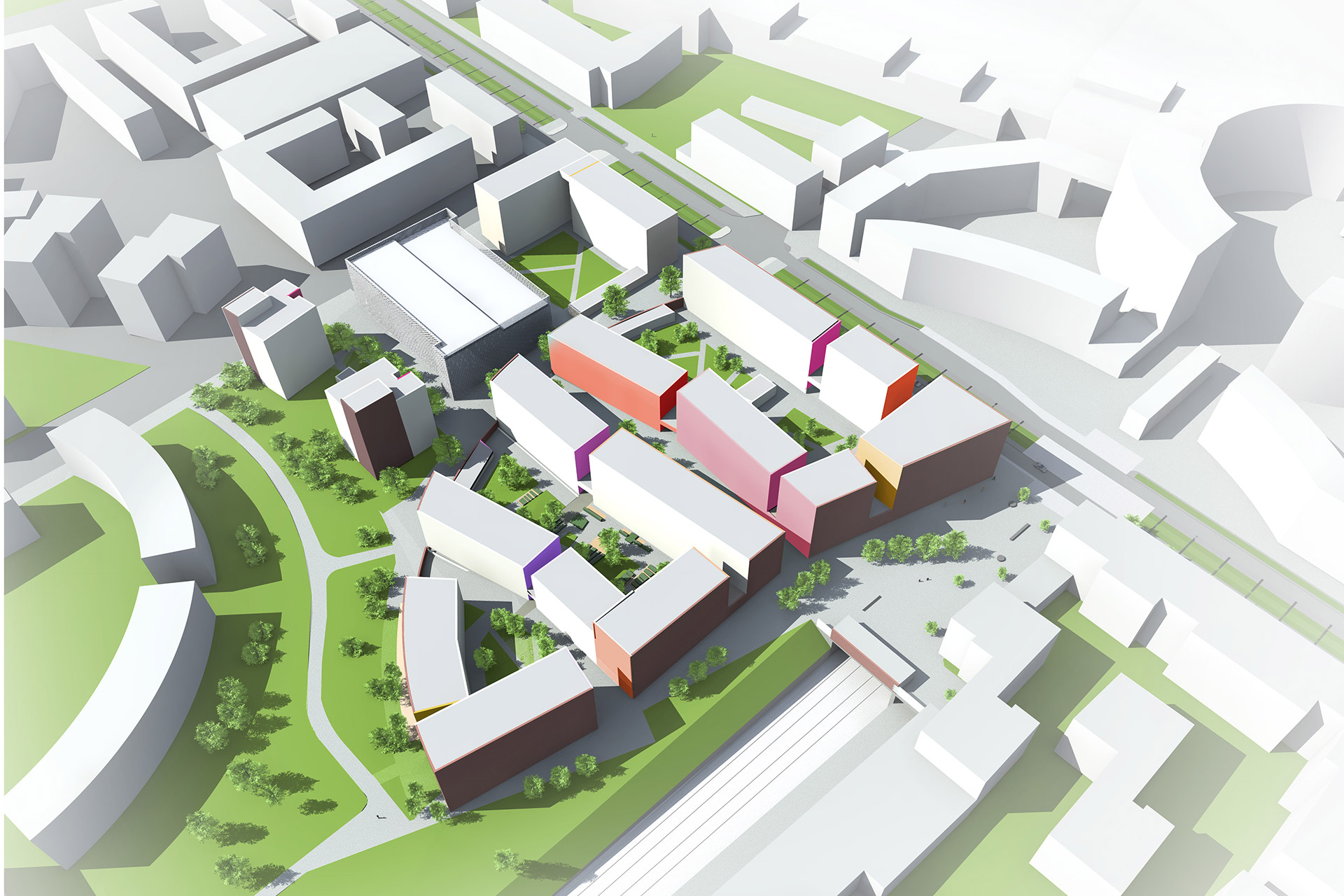 Kivistö’s zoning area 5 of downtown housing is located south of Kivistö’s railway station and was one of the first larger zoning areas in the area south of the tracks. The area was developed as a partnership plan in co-operation with Lujatalo Oy and Vantaa’s Urban Planning authorities.

The conceptual design of the zoning plan was based on the same for Marja-Vantaa’s city center. In the work, the land use plan was further developed into a zoning proposal. Thearea’s zoning plan was made legally binding in 2017. Mainly residential buildings were zoned for this area. Parking is consolidated and thus limited to a parking garage and along the main streets. Abundant commercial spaces are located on the side of the market square. The building right totals 45,000 square meters.

The goal for the area was modern, light traffic-inclined urbanism. Tranquility and calm is thedominant architectural theme brought about by soothing rhythm of window apertures. Public street spaces of the area are mainly clad in brick and the courtyards are colourful, in accordance with Kivistö’s zoning plan. The area is crossed by two main light traffic routes. The Punasafiiripolku trail continues the art axis starting from the northern part of Safiriinaukio square southward. At the intersection, the Punasafiirinpolku trail meets the Keltasafiirinpolku path, and it is is the clearest connection west of the future Kivistöntähden park to the planned city center. 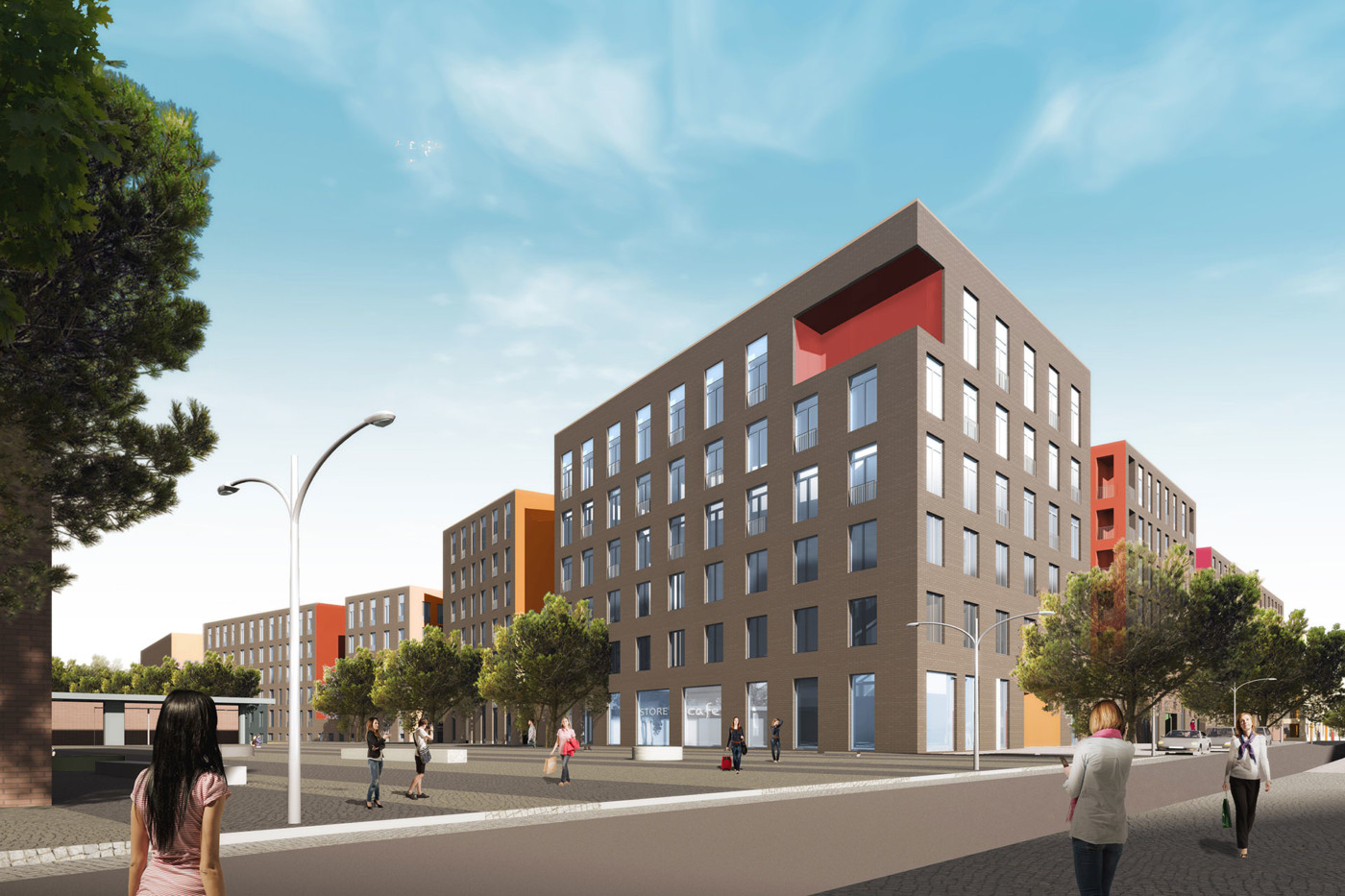 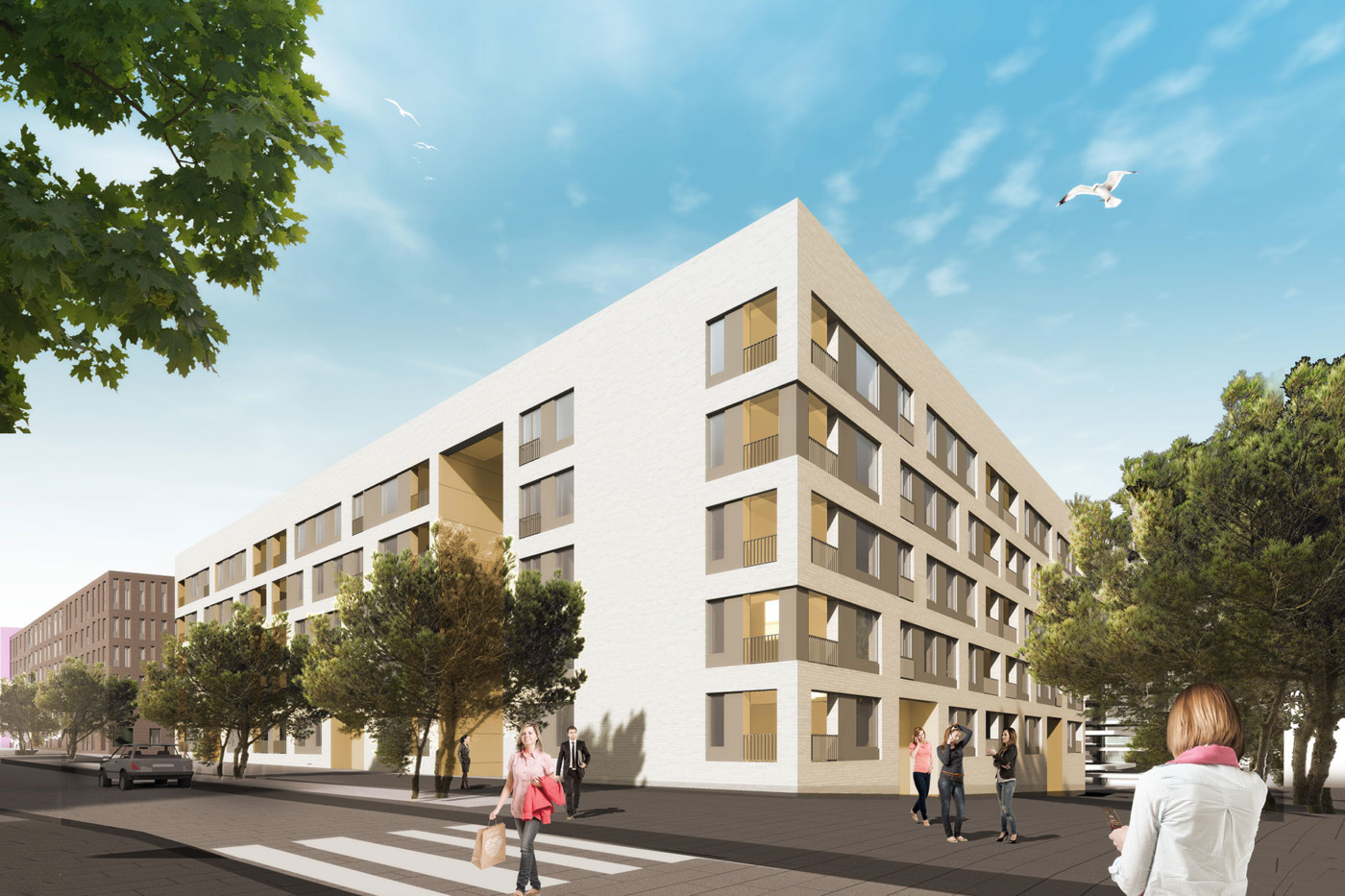 Special attention was paid to the sizing, spatiality and the way one experiences light traffic routes. The buildings form clear, winding city blocks and multidimensional urban spaces and long vistas form between the buildings at the intersections of light traffic. Along the tracks, there are also communal spaces and a bicycle service area for everybody to use. Building masses of different heights offer long and open views onto the surrounding areas. Along the Punasafiiripolku trail there are apartments with their own yards.

The northern block is connected by a track joining all the yards. The idea was to addversatility and communal spirit to large courtyards. Among other things, the middle courtyard has an innermost core dedicated especially to play and socializing. Correspondingly, the westernmost courtyard has a large communal courtyard sauna.

Parking is limited to Safiiri garage. The large mass clad in Corten steel serves as a landmark of the area, but it is positioned in such a way as to disturb as little as possible the views from the residences. The location of the car park along the borders of the area and the light traffic routes throughout made possible engendering of the urban environment that is car-free and centred on the light traffic only. 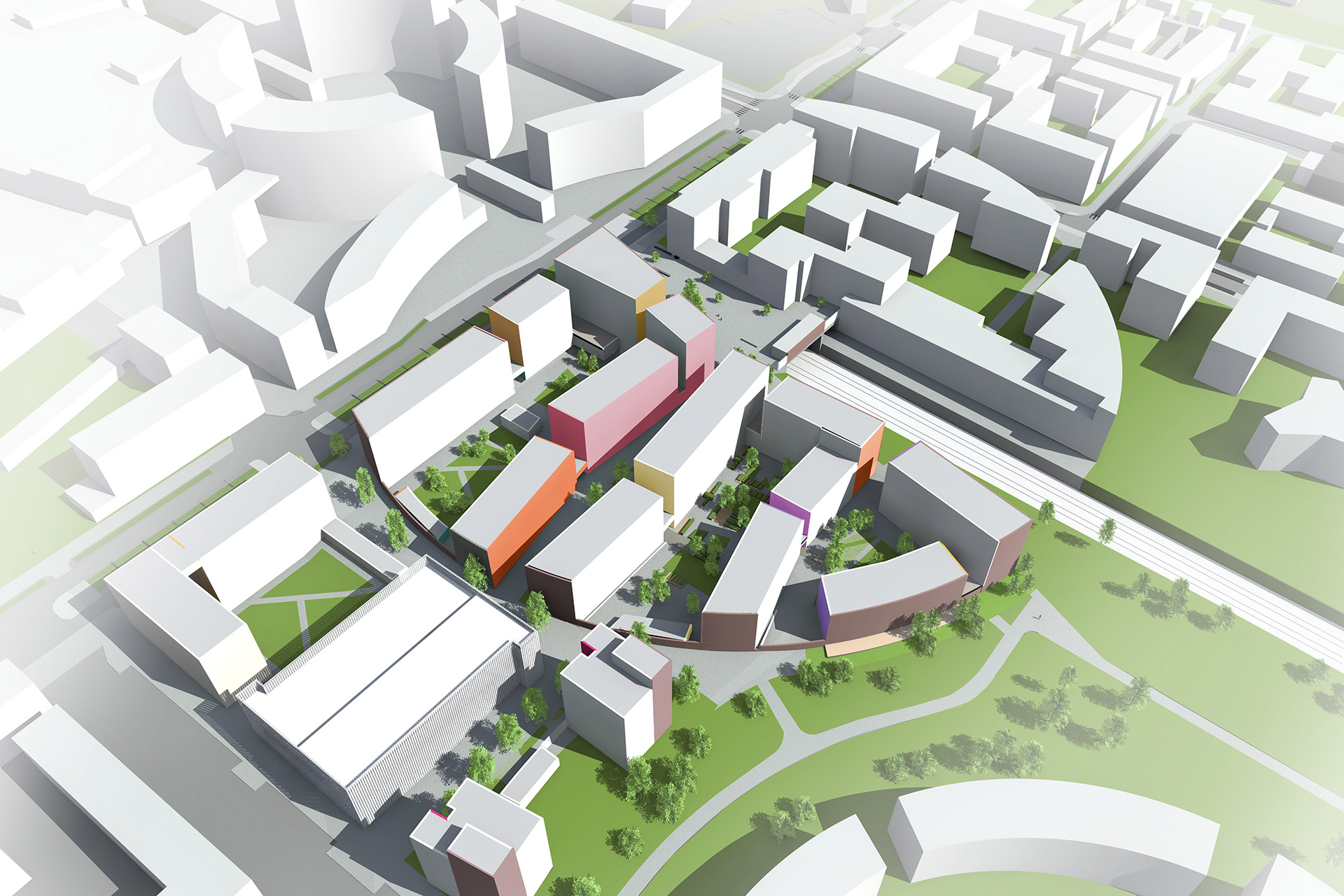 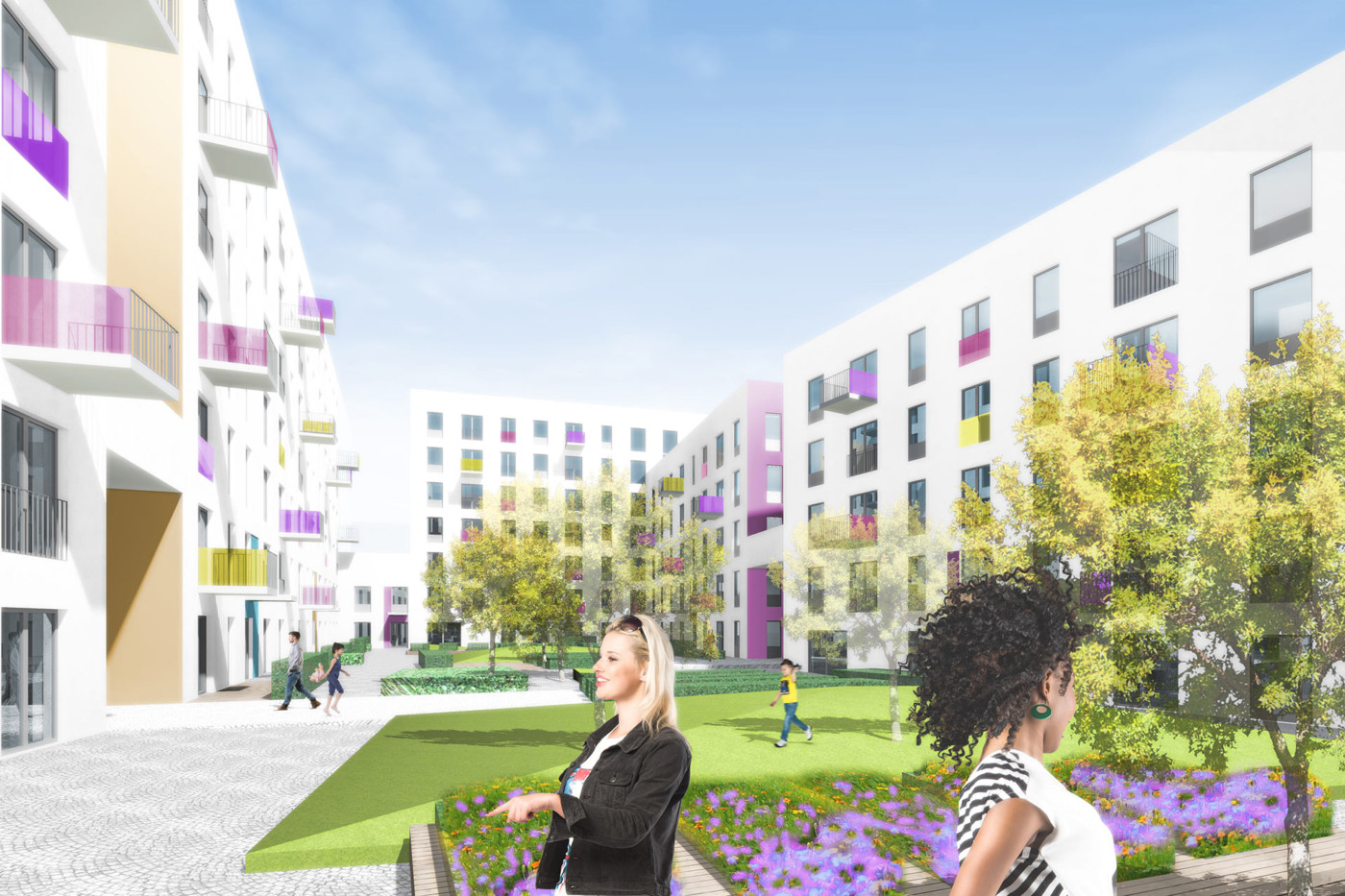 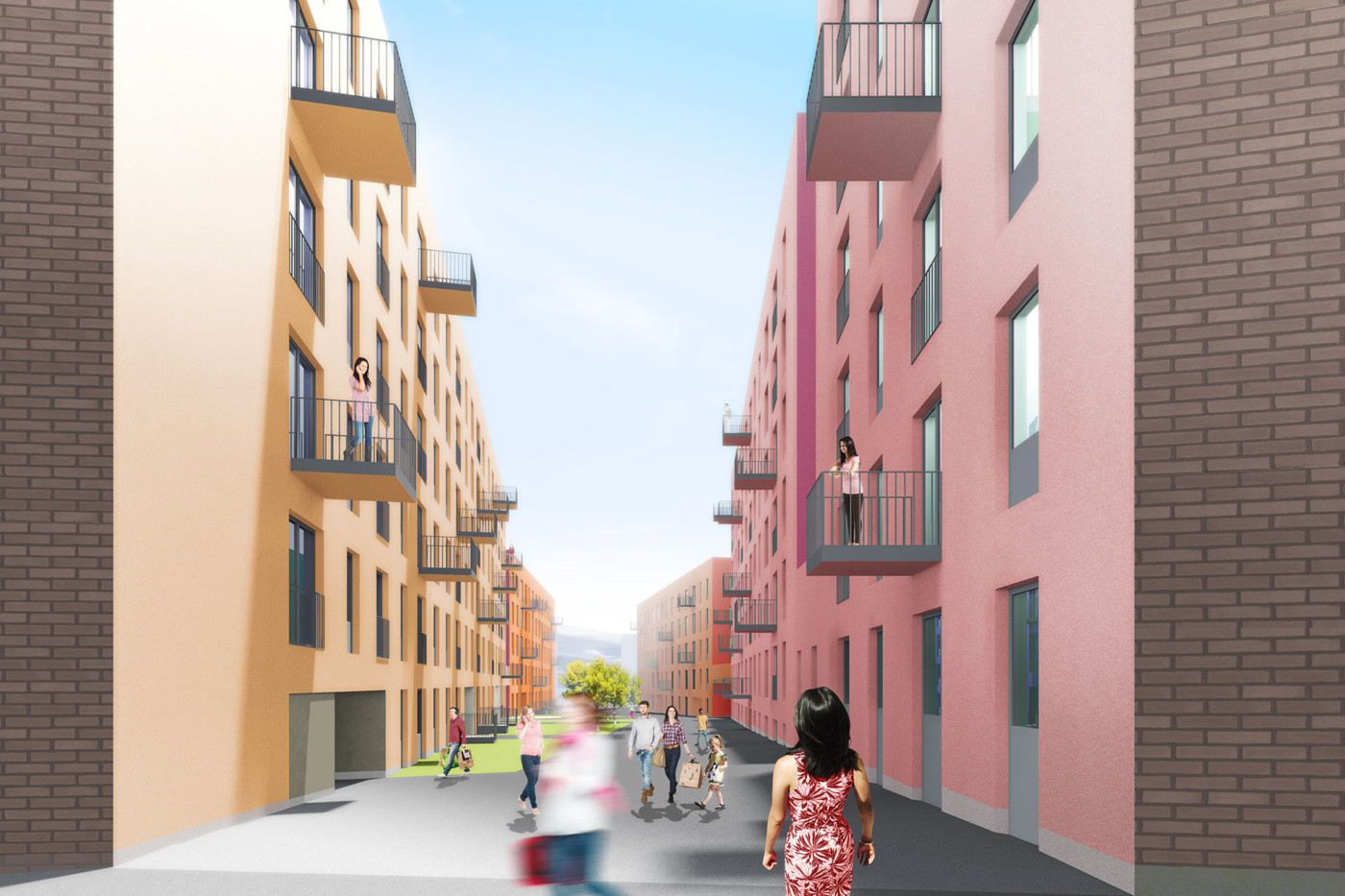